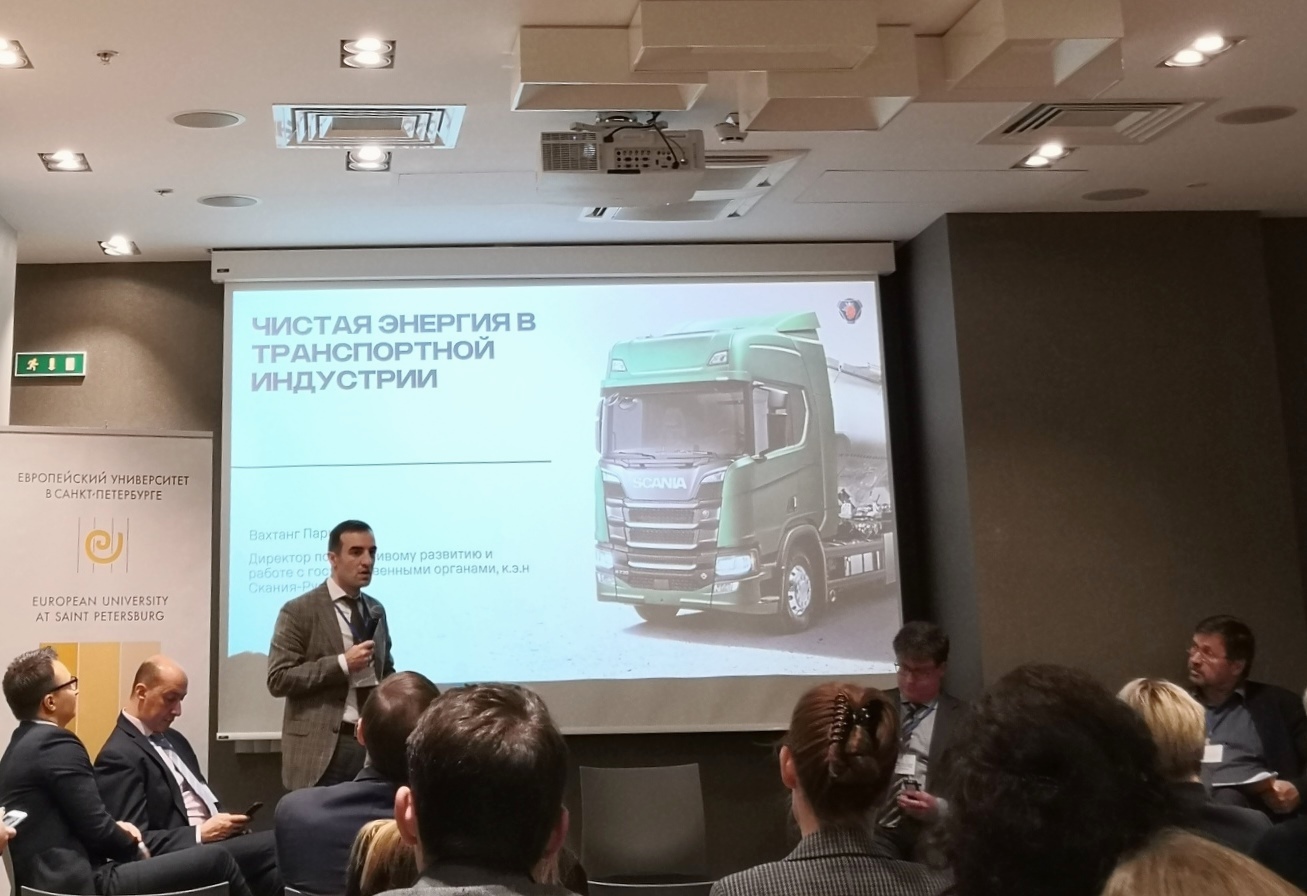 On November 28, the IV International forum "Clean energy" was held, organized by the Energy Politics Research Center of the European University at Saint-Petersburg. At the invitation of the organizers, representatives of the Green InterTraffic project took part in the event.

The forum program combined two thematic sessions. The first session, held jointly with the Climate Partnership of Russia, was dedicated to clean energy and sustainable development. Among its key speakers were Polina Lyon, Head of project office for sustainable development programmes of the State atomic energy corporation ROSATOM, Anton Butmanov, Director for sustainable development of the En+ Group, Aleksey Kachay, Deputy director – strategy of the Fund for Infrastructure and Educational Programs of the RUSNANO, Alexander Muhring, representative of the Solar Coalition (Netherlands).

Vakhtang Partsvaniya, Head of sustainability & government relations of the Scania-Rus presented a report on "Clean energy in the transport industry". Data were presented, according to which in 2010 CO2 emissions from transport amounted to 1.1 GT, and by 2050, according to forecasts, their volume could reach 4.5 GT.  There was mentioned a global trend to abandon gasoline and diesel cars. So, Norway plans to ban them from 2025, the Netherlands, India - from 2030, France and the UK - from 2040. Vakhtang Partsvaniya said that the company is actively developing engines on alternative fuels, as well as offering trucks that can run on electric power.

The second session, moderated by Maxim Titov, Executive Director of the Energy Politics Research Center of the European University, was devoted to education aimed at sustainable development. The participants discussed such issues as training of professional engineering and management personnel, communication with the media and consumers, requirements for the development of educational programs in the field of renewable energy sources and energy efficiency.