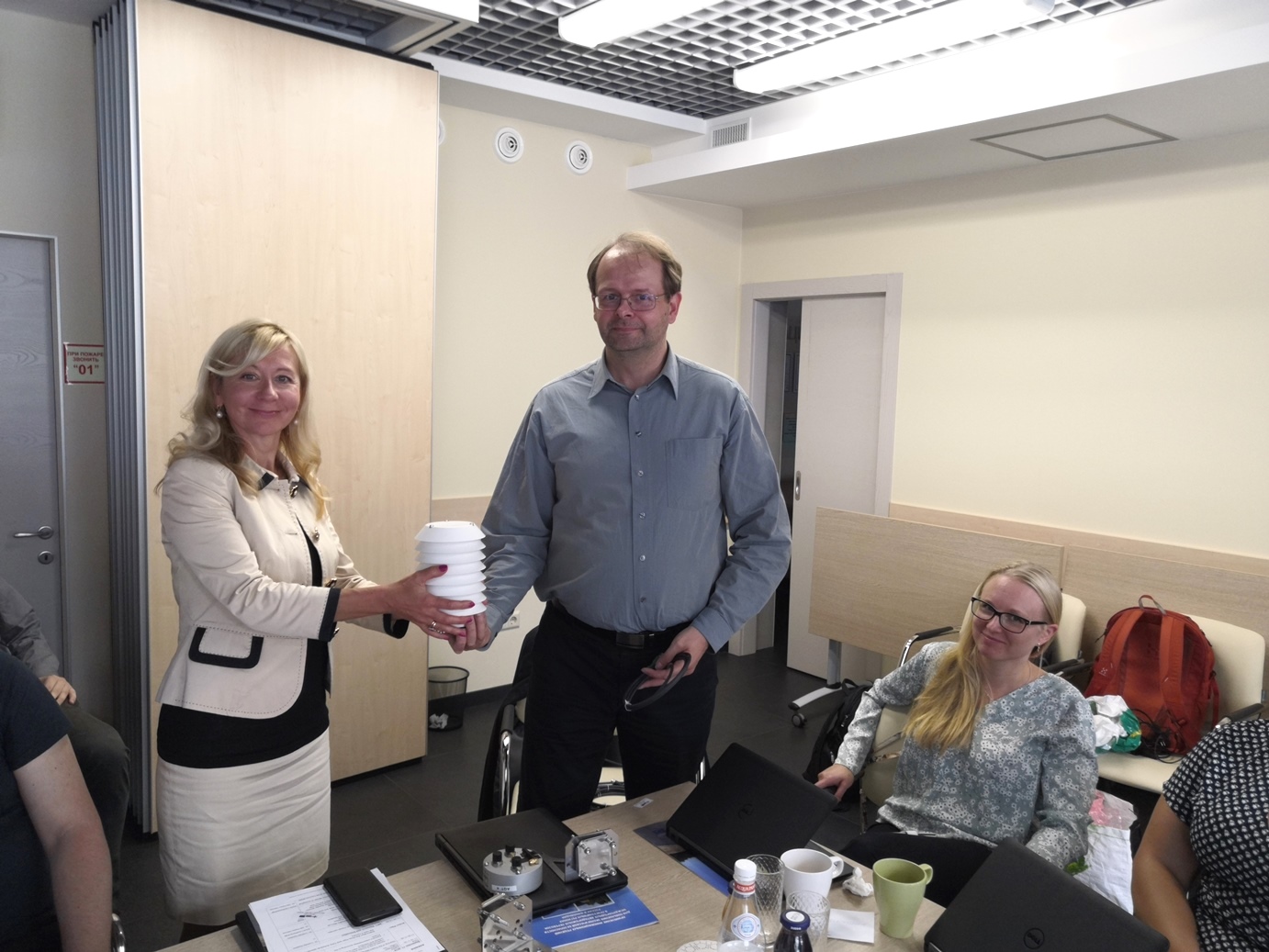 On September 11, the Project Management Group Meeting was held in St. Petersburg. The main topics were the preparation of the Special Survey and the Intertraffic Manual, development of the Common Model of ecological status of the road E-18, Green Roadmaps development and many others.

Dr. Ludmila Karelina, the project leader, vice-president of the Saint-Petersburg Chamber of Commerce and Industry recalled the key indicators of the project and outlined the immediate tasks.

During the meeting, the Russian side received AQT-sensors-innovation solution for measurement of the air polution, which will be used along the road «Scandinavia». Two such sensors have already been installed on Finnish territory, and it is planned to install them on the Russian part of the E-18 road by September 30. Mr. Antti Wamberg, air quality dispersion modeling researcher of the FMI, spoke about the operation of the sensors and the mechanism of its installation. Correction coefficient will be calculated to improve the accuracy of the data. These and other data obtained during various measurements will be reflected on the project website in the form of graphs and layers on the maps.

Special attention was paid to the forming of the target group, both from Finland and Russian. It is planned to involve Finnish specialized companies in their work, which will be able to exchange experience with Russian companies. The next event planned for the target groups will be the thematic workshop, which will be dedicated to the development of the Green Roadmaps.

Development of the Green Roadmaps is carried out by TI Ltd. It is expected that one of the Maps will focus on environmental objectives and methods, and the other on the development of an intelligent transport system (ITS).

The Thematic workshop will be held in St. Petersburg approximately on November 14 this year.